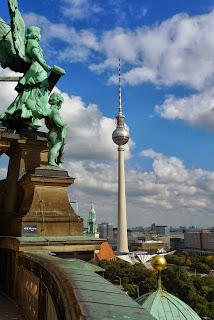 Visiting Berlin's city centre is to venture into ancient Athens. Berliner Dom (Cathedral), the final resting place of Wilhelm I was completed in 1905. Further down the Spree is the mini-Acropolis of Museum Island featuring the Bode, Pergamon, Altes & Neues Museums all built between 1830 (Altes) & 1930 (Pergamon). The Prussian love of neoclassical style means these buildings heave with doric, ionic and corinthians columns. Am awed by your retro style architect Herr Friedrich Schinkel; as was Albert Speers. 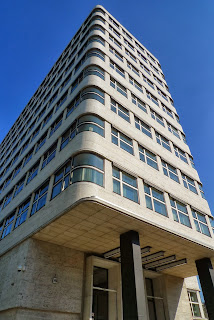 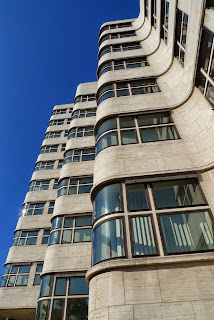 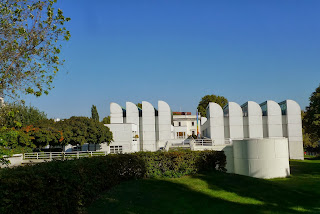 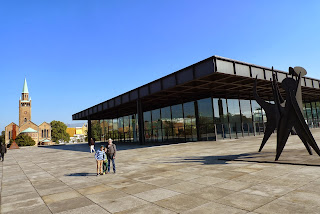 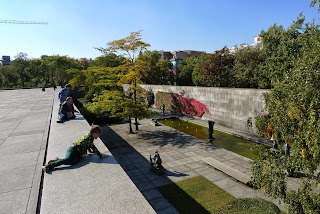 Further up river from this uber architecture are some Modernist masterpieces. We stumbled upon  Shell House (1932 by Emil Fahrenkamp) designed in the New Objectivity style. Then onto the Bauhaus Archiv. Walter Gropius designed this crisp, rhythmic museum in 1964. It's a shame the permanent display can't make use of the natural light vents. And lastly, Mies. The whole Steudle clan are blown away by the  floating beauty of the Neues Nationalgalerie, the only postwar building that van der Rohe was able to complete in 1968 in Germany. We loved the external plaza and courtyard garden. If this was the "nanny-state' we'd be guard-railed against this four meter drop. Sneaky Pete shot of roll of film (so to speak) of Mies pivot doors and joinery; still perfectly honed and current design.