In this exhibition Kennedy's expands out of the round spiral, see works such as Ebb & Flow. The sub straight is also revealed as an integral part of the sculpture. See the work Cascade & White, where the thin leaves of clay are contrasted with the robust vessel.

Kennedy continues to capture the gentile forces of nature.  I see the effects of wind on the multiple such as leaves, petals. Or the rhythm of growth found in mushroom gills, shells or the effects of compression such as mulched tree litter and sedimentary rock. 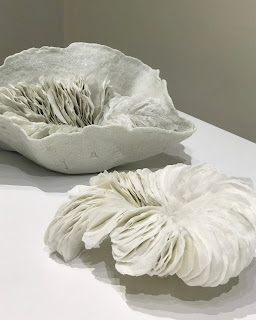 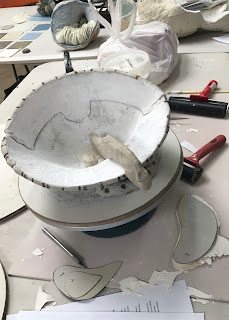 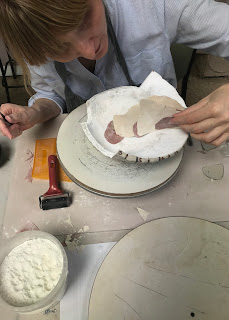 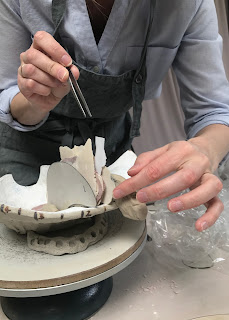 New Songs presents a new direction for Rolland where she has used a richer palette of colours across the entire surface of the vessel. Rolland's plays with our familiarity of universal forms from ceramic history such as the urn, plum blossom vase and bottle. Rolland's pinching marks are left to flitter across the surface of these pots, trays and slabs. These indentations capture pigment and reveal the rhythmic course of her fingers.

Rolland generously revealed much of her surface treatment in the workshop given at Skepsi @ Malvern on Sunday 24 September. Coloured engobes, are drawn or washed over coloured clay and paper masked areas. All this is then is then rubbed or sanded back.

The resulting surfaces are a dense but translucent record of mark making.

Tania Rolland is an ever inspiring artist whose constant questioning and desire to make meaning in  her practice. This effort is translated into poetic forms for us to experience emotionally.

During her artist talk, Rolland explained  that the making of 'art is a special kind of paying attention'. The context of her practice sits firmly within the realm of Modernism, where she explores grand and simple truths; truth to material and to looking directly.'

This reminds me of Grayson Perry's thoughts on the role of the artist and that is 'to notice things'. Perry looks outward, to societal concerns and cultural affectations. Rolland looks within. 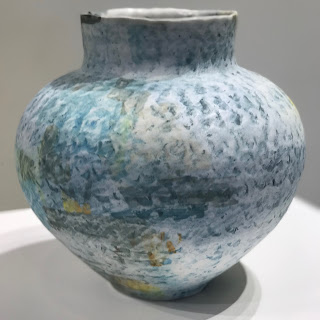 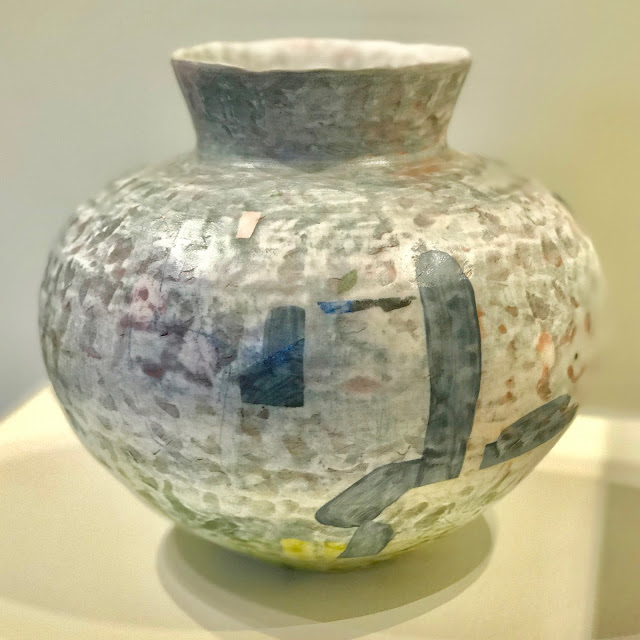 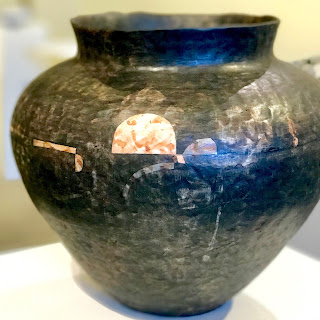 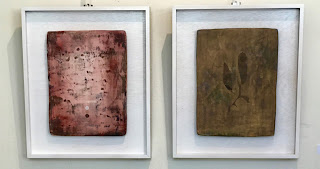 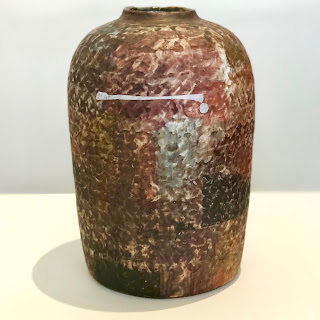 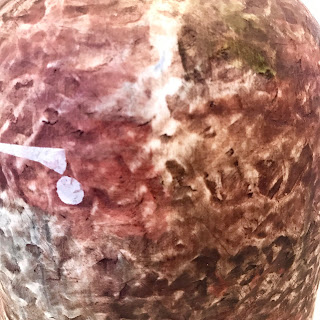 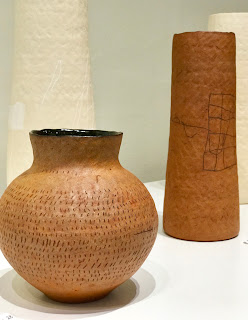 Sometimes my soft eye strays from a purely ceramic/clay focus. Happily, I will stray towards this Melbourne based artist Claire McArdle.

McArdle's work is ever inventive and creatively responsive to the material and history of place. Up North is a reflection on her residency in Iceland.

Check out McArdle's use of material, form and how the body might carry a reference to place (Iceland). 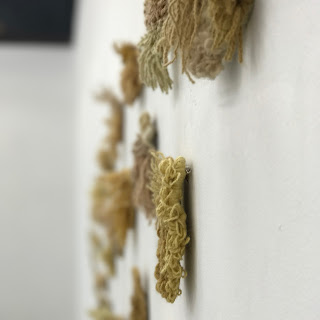 
A real treat to visit this thoughtfully curated exhibition. Full curatorial points for the presentation of artworks and artist in a non-didactic way. The portentous title introduces a range of artists whose works generate questions, notice behaviours, predict outcomes, respond to 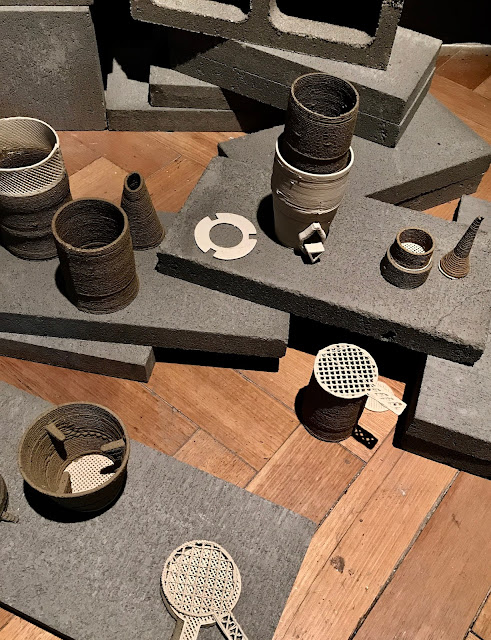 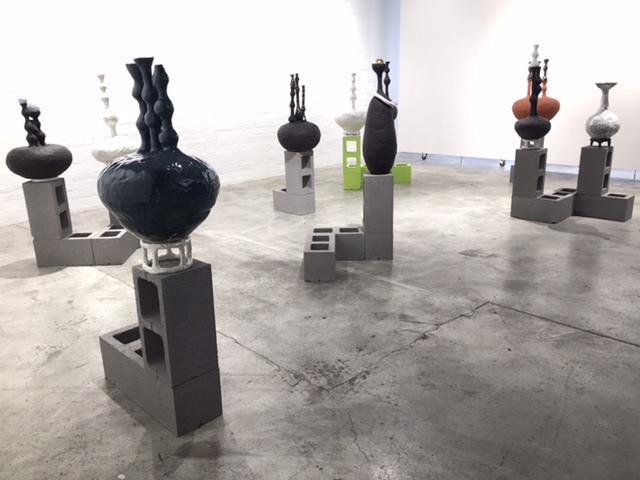