KPMWelt is a heavily stylised history of royal porcelain manufacture and its long tradition of serving the elite of the world. 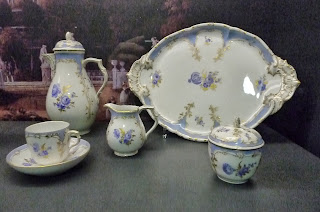 Coffee Service Bleu morant Friedrichs II by Friedrich Elias Meyer, 1784 & again in 1980.
Some things never go out of style for some.
This was Friedtich's favourite shade of blue which took the royal colourist three years to develop, there would have been hell to pay if he hadn't come up with a formula. 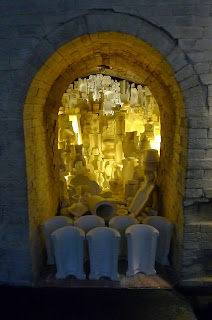 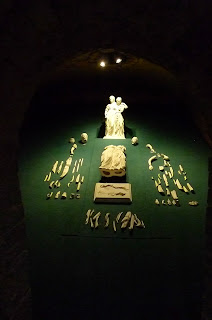 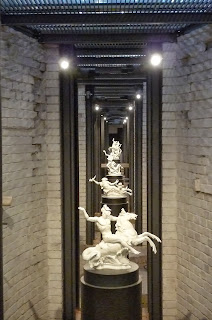 A curious installation, seemingly a mirror game of the same piece but in fact many elaborate figurines in a long corridor straight down the guts of the kiln. Very clever. 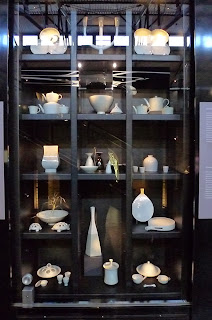 KPM's Neue Sachlichtkeit or New Objectivity style from the 1920s-1940s
and their star designer designer Trude Petri's domestive ware following.
She was "relocated to the USA in 1949). 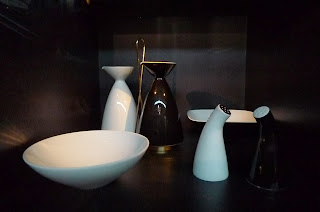 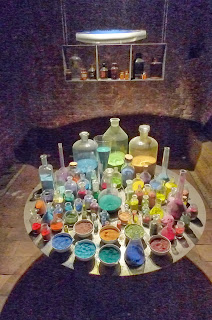 Oxides, stains the alchemists range. Note how precious cobalt floats above the table in a white dish.


And some strange interventions in the kiln vaults by artists whose names I didn't record: 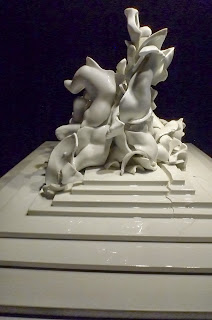 and this one called The Magic of Porcelain 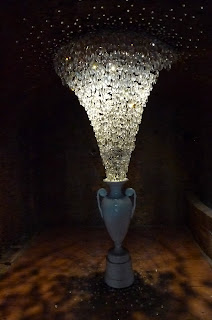 and this one is a natty version of the fairy tale, The Princess and the Pea (I think):