A matter of scale #1 Large

Unsurprisingly, it was German engineer Carl Humann who figured out how to pillage Turkey of its Pergamon Altar ( 200 BC.), German architect Robert Johann Koldeway to remove, lego-like, the glazed bricks of the Ishtar Gate (part of the Walls of Babylon, Iraq) and German archaeologist Theodor Wiegard to clear out the Market Gate of Miletus (Turkey 200 AD).

The Altes Museum was already so stuffed with ancient treasures that Prussian aristocracy decided to dedicate an entirely new museum, The Pergamon Museum built between 1910 and 1930, to display the collection. I am surprised there is no controversy over the legitimacy due to the sheer scale and completeness of the buildings. 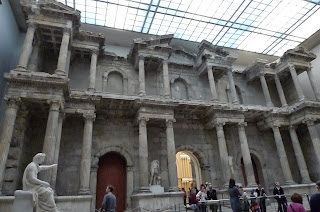 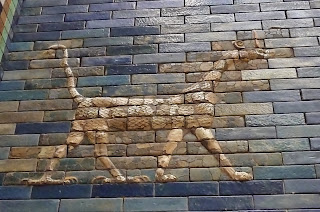 Another exhibition on the large-scale side of thing is the wonderful Musem for the Natural World. 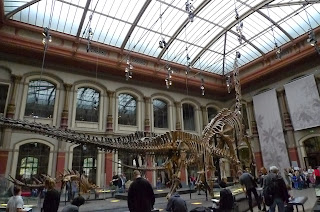