a Fragmentarium & the Neues Museum

The Neues Museum was heavily damaged during WW2 air raids and parts of it were completely destroyed. The ruin remained exposed to weathering until a provisional roof was constructed in 1986. Only with construction works in the early 1980s were mural paintings and decorative elements intentionally taken down in order to use them during reconstuction. Between 2000 & 2003 these objects were collected in a databased, identified and relocated. Pieces were then put back into their exact positions over four years.

Pieces on display in the Fragmentarium could not be relocated because the rooms to which they had originally belonged were completely destroyed. 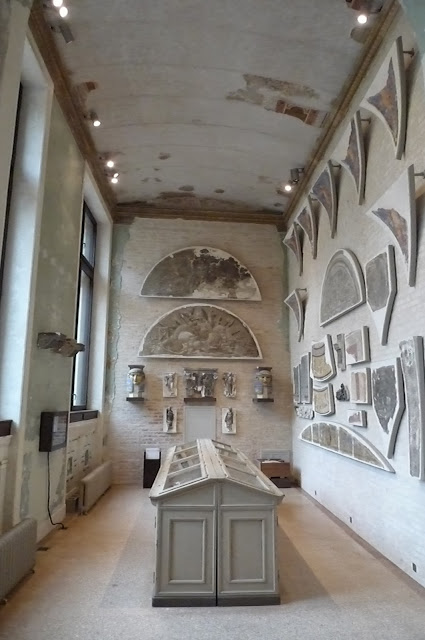 I fancy that a corner or cabinet in each of our homes could be devoted to such a display. It would be filled with those bits and pieces, collected over the years that don't seem to belong anywhere. Those precious objects that travel with us yet they evade even in one's memory of why they were kept in the first place.


The Neues Museum was built in 1843 and restoration was completed in 2009 and it is a magnificent museum with significant collections, thoughtful attention to the history of the building's interior architecture and splendid range of display methods. 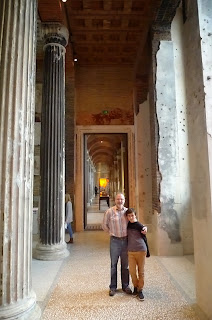 Probable strafing splay on the wall to the right of the fellas. 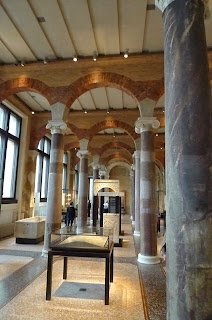 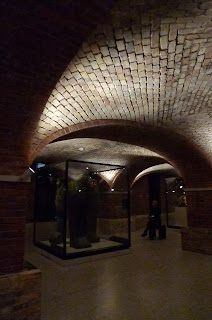