Another spontaneous school holiday road trip treat: the Ceramic Award. This year there is barely a vessel in sight.  Really enjoyed and was inspired by the challenge this show set for me. And that is:
how these incredible objects expand the use of material and process.
I don't envy the job of the selectors.

SAM Director Kirsten Paisley said: The five shortlisted artists are exemplary artists, each building and contributing to the use of ceramics as a medium. Their practices span historical cultural themes, revisit modernist concerns, delve into social issues and moreover each challenge our understanding of ceramic art and its positioning within contemporary practice. In this suite of five exhibitions ceramics as a process medium, a collaborative medium collided with other materials and as a material with technical limitations and extraordinary capabilities its own right will be evidenced. I congratulate each of the artists for being shortlisted for the 2015 Australian ceramic art award and look forward to working with them.

My work is increasingly focused on riots, public protest, conflict, and more recently with the impact of the individuals of these events. (pb) 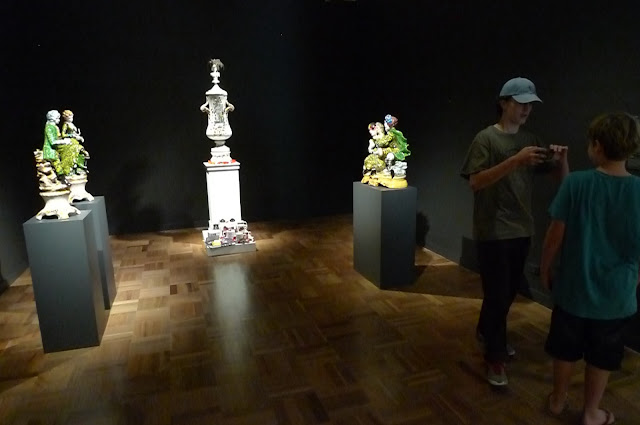 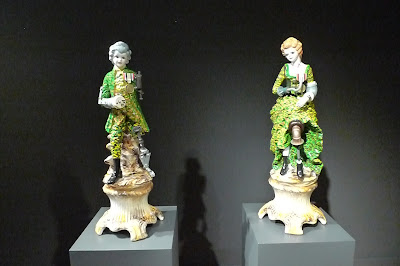 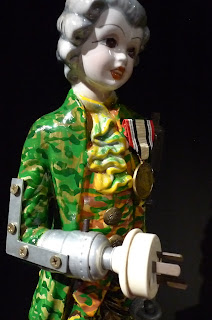 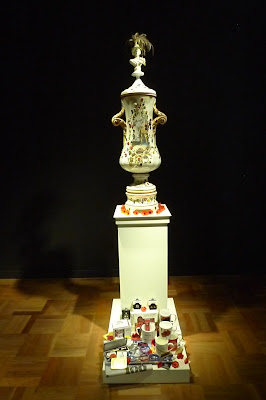 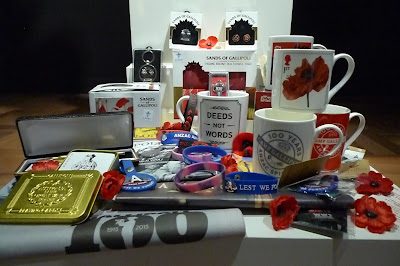 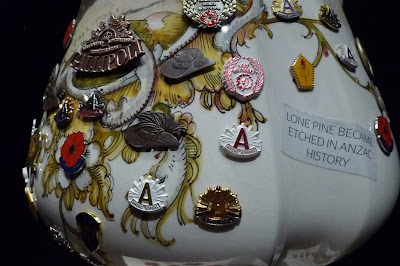 I use the symbol of the phallus as an anchor point to generate discussions around colonialism, religion, creation and the body. (rmn) 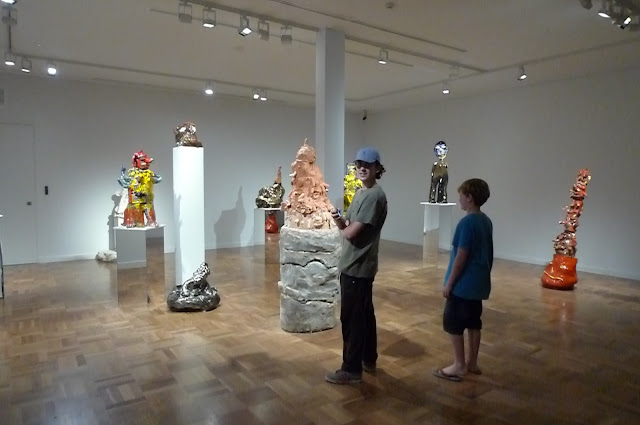 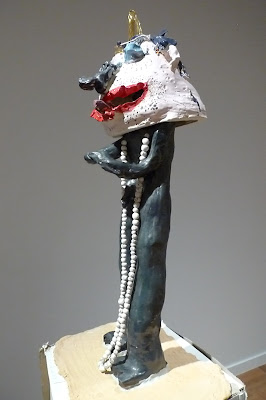 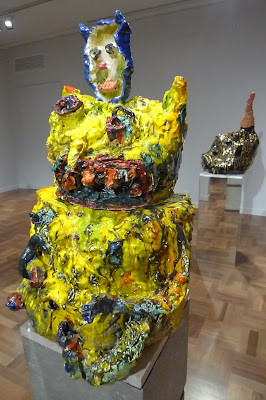 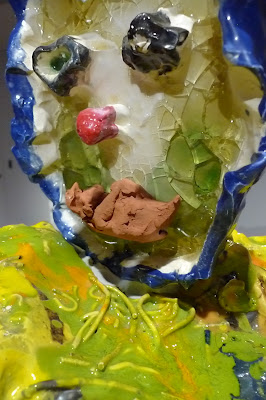 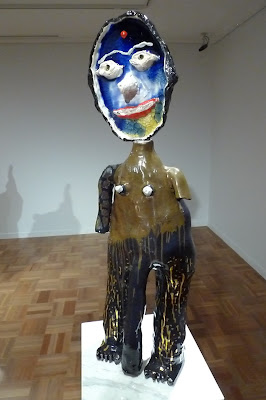 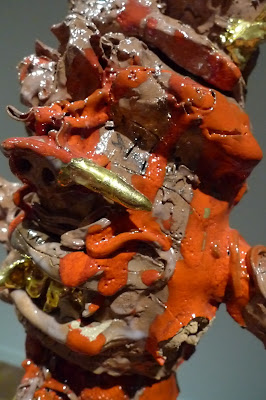 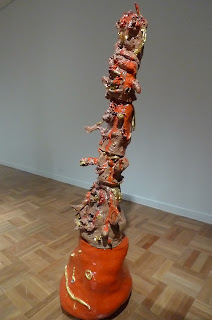 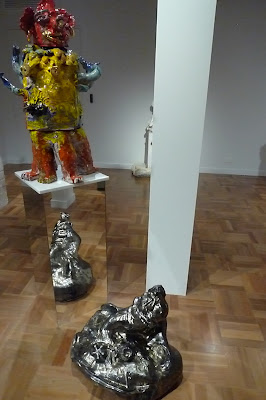 Ruth Hutchinson, Hell Mouth, 2015
' ... references a 12th century drawing by an anonymous artist from an ailuinated manuscript - the Winchester Psalter (c1500). Depicting the mouth of a beast that is represented as a medieval passageway to hell." (wall text) 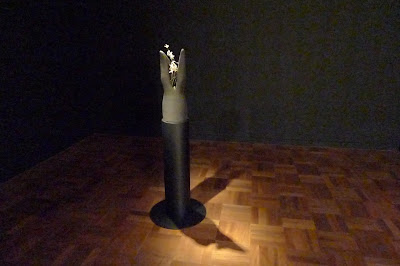 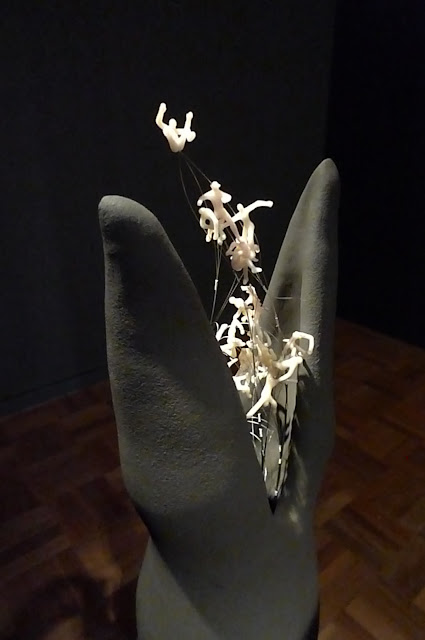 Sanne Mestrom, Leftovers, 2015
'...she has drawn on the work of contemporary rather than historical artists, writing a series of letters to those that have had a formative influence on her practice. She identified international 'art heroes' and Australian colleagues, inviting them to contribute a discarded scrap, or residual form from the production of their works, which then became the organising principle for her own.' (wall text) 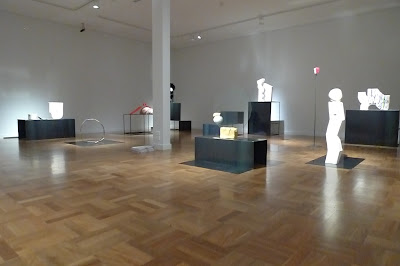 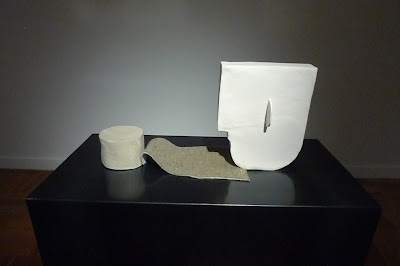 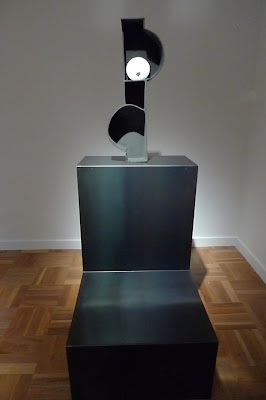 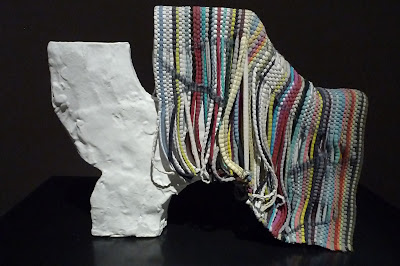 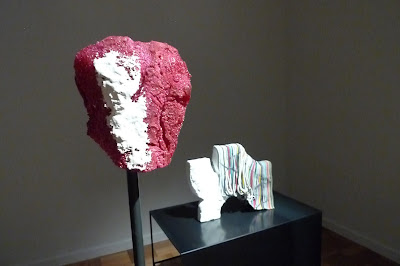 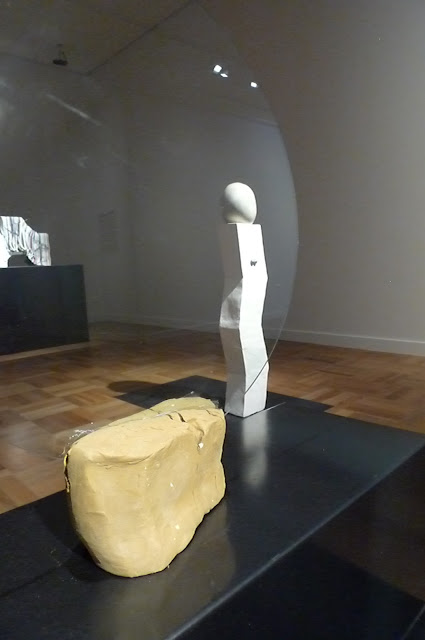 '... Cullen casts the negative forms of vessels gleaned from opportunity shops and roadside inorganic collections, and the items are imbued with plaster, wax and concrete...(c)haracterised by exquisite textures and punctuated with coloured oxide powders, orbs, spheres and urns can also reveal layers of furniture, textiles and linoleum, or shards of ceramic plates.' (wall text)

It's an archaelogical dig, except the materials are not the remains of a past civilisation; they are the objects of my immediate surroundings, in a way they can be seen as a material history of the current day.' (ajc) 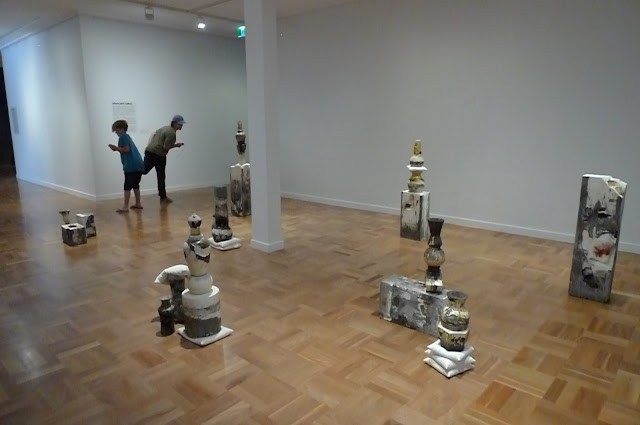 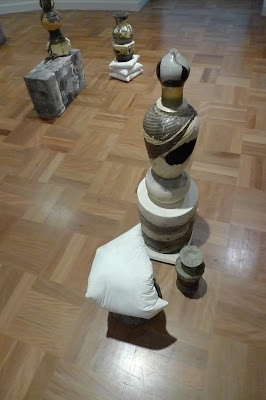 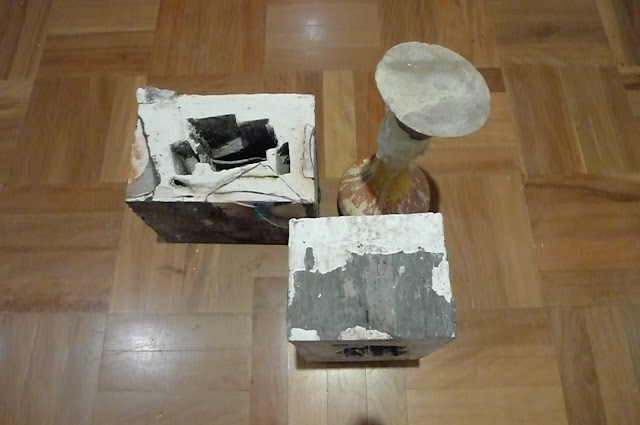 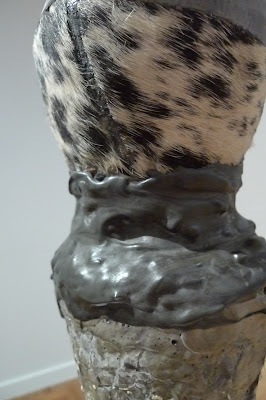 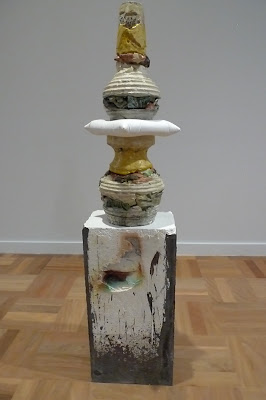